Car Theft- How to take care of your car

Car Theft- How to take care of your car 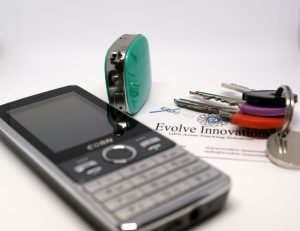 Over 370,000 cars are stolen each year in the UK, which has the highest (per capita) number of stolen cars in Europe. Car crime is a huge and profitable business, costing billions of pounds a year and representing around a third reported crime. It’s estimated that some 70 per cent of stolen cars are broken up and sold for spares, while the rest are given a false identity and sold (many are exported to the Middle and Far East).

One car in ten becomes a victim of ‘auto crime’ in England and Wales, and if you regularly park your car in a city street, you have a one in four chance of having it or its contents stolen. Having your car stolen means more than just taking a taxi home. It may mean weeks of delay sorting out insurance; extra time and expense travelling to work; possible loss of personal (maybe irreplaceable) possessions; and loss of your insurance no-claims discount. It may also involve hiring a solicitor or going to court to re-claim your car after it has been sold by the thief (if a car is stolen and sold, it can be a nightmare getting it back).

If you drive a new or valuable car, it’s wise to have it fitted with an anti- car theft tracker. This is particularly important if you own a car that’s desirable to car thieves, which includes most new sports and executive cars, that are often stolen by professional crooks to order (although the most vulnerable cars are GTI hatchbacks which are often stolen and wrecked by joyriders – a British phenomenon). A reflection of the high rate of stolen cars is that it’s standard practice for many new cars to be fitted with dead locks and sophisticated alarm systems (some cars such as the Jaguar XJ are, according to experts, virtually theft-proof). Professional thieves now steal cars by towing them or removing them on trailers rather than cracking security devices. Needless to say, if you’re driving anything other than a worthless wreck, you should have a GPS tracker.

Don’t take unnecessary risks and always lock your car, engage your steering lock and completely close all windows (but don’t leave pets in an unventilated car). Never leave your keys in the ignition, not even in your driveway or when filling up at a petrol station. Put any valuables (including clothes) in the boot or out of sight and don’t leave your vehicle documents in the car or any form of identification. If possible, avoid parking in commuter and long-term car parks (e.g. at airports and railway stations), which are favourite hunting grounds for car thieves. When parking overnight or when it’s dark, park in a well-lit area, which helps deter car thieves.

How to prevent car theft?
The best security for a valuable car is a tracking device, such as a strong magnetic GPS Tracker or an OBD vehicle tracker, that’s triggered by concealed motion detectors. The vehicle’s movements are tracked by satellite and you will personally be notified via an app. Plus, many insurance companies offer a discount on comprehensive insurance (e.g. 20 per cent) when you have a tracking system fitted.